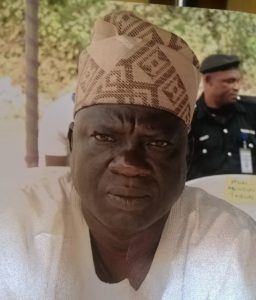 Hon. Odeyemi a great community leader from the Epe Division of Lagos State and a devout Muslim, was born to the revered Odeyemi family of Odo Egiri, Eredo on 2nd July, 1953. He had his secondary education at the Commonwealth College, Ilesha, and at the Protestant Teachers’ College, Idi Araba, Lagos. He later obtained a Diploma in Security Operations and Management from the University of Lagos, Akoka in the year 2014.

In 2011, Hon. Odeyemi was appointed as Hon. Commissioner III of the Lagos State Civil Service Commission representing Epe Division .He was re- appointed in February, 2016 as Commissioner II by His Excellency, Governor Akinwunmi Ambode.